You are here: Home / The Courage to Be Creative 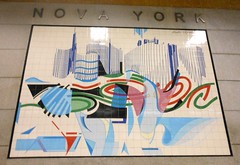 Steve Jobs probably had it. Leonardo da Vinci had it for sure. But Shakespeare didn’t.

It’s one of the most highly prized and admired qualities in all mankind. But it’s such an elusive concept that even the dictionary can’t capture it.

It all boils down to “something new.” But according to ancient wisdom, “there’s nothing new under the sun.”

Can this be true? Is creativity possible? Or is there something else at work here?

It’s scary to be creative

Yet most of us resist any idea that doesn’t feel at least a little familiar. If it’s radically new, we call it weird and move on.

People are rarely loners. We tend to move in packs. So if an idea is so original that it doesn’t have the validity of a pack following, we aren’t usually willing to consider it. That might single us out. We might find ourselves outside a group, labeled as weird.

The point is, we admire creatives. Yet we’re afraid to be creative.

That’s because, as a creative, while you may be outstanding in your field, you’re usually standing there alone. And for most of us, that’s not an option. We’d rather conform and follow the pack.

There’s risk in letting go and being creative.

Is creativity worth the risk?

For one, don’t judge yourself too harshly for not being more creative. And for another, accept the value of partial creativity.

When you take an old concept and add something new to it, your idea feels slightly familiar and is more likely to be accepted.

It’s the same if your creation is really just a unique combination of existing ideas. Saying something in a fresh, new way can still be eye-opening without seeming weird.

Of course, if you’re a da Vinci, you’re going to have a harder time getting your ideas accepted.

Don’t quit just because people can’t see what you see. It’s going to take longer for your ideas to be adopted, so be prepared for the long haul. Keep getting your message out, and over time, sheer repetition will make it seem familiar enough to gather a following.

It takes courage and conviction to be creative. As a writer, artist or entrepreneur, you may honestly desire to be seen as radically creative. That’s fine. Just pursue it with eyes wide open. There’s only a fine line separating creative from weird. 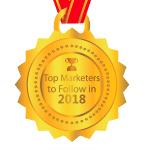