You are here: Home / 3 Tips for Marketing on Social Media (the Right Way)

More than three-fourths of small businesses say they do at least 25% of their marketing on social media. And 7 out of 10 say social media has been somewhat or very effective. (Buffer)

Even so, many businesses don’t feel confident that they’re getting the most out of social:

One of the biggest challenges in learning social media marketing is knowing how to think about it. You see, social media isn’t like traditional marketing.

So let’s look quickly at some tips for using social media for marketing (the right way).

But even within the channels, you’re expected to behave a certain way. People will even call one another out for posting something they consider “wrong.”

In this LinkedIn post, Belanie Borden even calls out the LinkedIn Police… and then goes on to tell the type of story that’s likely to offend them.

But here’s the thing. While we want to be aware of algorithms and triggers for angry trolls, there’s one rule you can’t ignor, no matter which channel you’re on.

And that’s that social media is, above all else, social.

Work within that rule, and you’ll succeed as a marketer. Break that rule to achieve some business agenda, and you’ll fail miserably.

Tip #2: Go Where Your Prospects Are

Where’s your target audience? You’ll find them in social media.

Pew Research reports that 72% of the public uses some type of social media. That’s all ages. All education levels.

Of those, more than half use it daily. The average: 2 hours and 25 minutes a day.

Because people use multiple social media sites, it’s tempting to try to be active on all of them. But if you’re everywhere, you’re either spread too thin… or you’re a robot.

Choose one or two channels where you can shine and where your audience is most active. You can be more present if you aren’t trying to engage in five apps at once.

The truth is, people want relationship, not a sales pitch. But you know that already.

We’ve been doing social media for years now. Working. Relaxing. Even finding and hanging out with our tribe. We know how it works.

We just forget ourselves when we start marketing on social media. We get so focused on our own agenda, we forget that it’s all about being human.

People are usually fine with your brand showing up in their social stream. Because you’re a whole person: the professional who cares about what you do for a living, and the weekend warrior doing weird stuff with your family and friends.

But if you’re going to be present in a social space, they expect you to be human.

That’s the point of social media, after all.

On your website, in the mailbox, and even in person, you may fall back on your hard-sell tactics. But in social networks, respect the space you’re in.

Social interactions are about relationship. So be relational first.

Marketing on Social Media: the Rules

Here’s what you need to know:

The goal is simple: Relate to people as a human.

What you post is often less important than how you post — and why. Here are a few tips to get you started:

In short, be human.

Yes, you can market in social media, but save hard-selling for other channels. In this space, you’ll do better to prioritize relationship. Teach, relate, share your ideas. Let people know what you’re doing, but don’t be that guy. 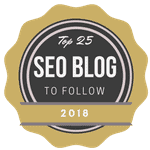